Warning: Not for the politically-correct faint-of-heart.

This definition is care of Psychology Today:

Groupthink is a phenomenon that occurs when a group of well-intentioned people make irrational or non-optimal decisions spurred by the urge to conform or the belief that dissent is impossible. The problematic or premature consensus that is characteristic of groupthink may be fueled by a particular agenda—or it may be due to group members valuing harmony and coherence above critical thought. 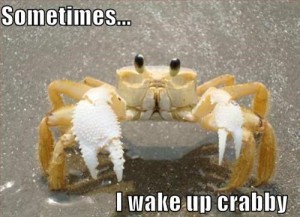 If this speaks to you, read on. If these points trigger you, you’re welcome—guess what: you’ve just been given notice of your inner work. The outer reflects the inner—a topic for another day.

The Facebook poster talked about the prevalence of hostility seen in family members, friends, and others agreeing with opinions they would otherwise never express as their own:

These are points expressed by people trying to make sense of sentiments expressed around them, questioning them, and saying “These things don’t add up.” These juxtapositions are not discussed in mainstream news outlets. So you won’t find validation there. But critical thinking exposes reasons to highlight them.

I agree with the sentiment of the poster that up has become down and down up. In response, my mind went to the Dr. Seuss story The Cat in the Hat. From a wider metaphysical perspective, the story is an allegory of our times. The analogy is about things getting worse before they get better.

If you don’t know the story, each cat (appearing from within the previous cat’s hat that contained him) is named by a letter in the alphabet. With the appearance of each cat on the scene, the environment becomes pinker and pinker. By the time the story gets to the final cat that is named “Z”, everything everywhere is thoroughly pink. Then “Z” removes his hat and an energetic magical substance called “Voom” suddenly clears away all of the pink stuff everywhere, in one fell swoop.

I also see what’s going on now as a huge global healing crisis in the face of a deep, millennia-long, ongoing sickness. A healing crisis can seem worse than the sickness from which we are healing. 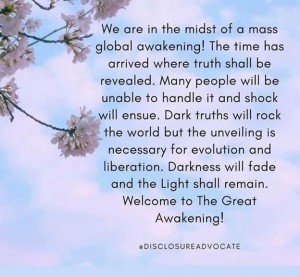 I see what is playing out now as the deliberate drip-by drip exposure of the underbelly of global endemic manipulation, suppression, and slavery of humankind. This underbelly cannot be described to those who do not already see it. The underbelly must be explicitly shown in the light of day for the people to wake up and believe it is true.

In the Dr. Seuss story, I see the pink stuff as the drip-by-drip exposure of planetary sickness that we were born into. The environment of sickness has been the thought system to which we were conditioned. It has been the air we breathed since birth. It is now becoming plainer and plainer to see. Now it is time to fully expose it, own what it is reflecting within us, integrate the ensuing awareness, and heal as a collective of sovereign beings.

I see the Voom as the collective public waking up to their own outrage toward the intentional social engineering designed to keep us asleep and ignorant to our wardens of control and slavery. We have been asleep to our own amazing potential to be so much more, individually and collectively, than we have believed we could be.

It will continue to be painful as we wake up. But this is the time that it happens. Love will win. There are those among us who are here now to midwife us through the awakening process. This time on Earth is a rare event on a scale you likely can’t imagine. Many eyes are on our planet from across the Universe. Those from the future are continually telling us “Love Wins! We have seen it. It is done! Stay the course!”