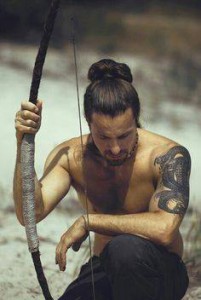 I wanted to share some of my latest visions for our future. And what’s the best way to predict the future? It’s to dream it and then create it.

Toward the end of a recent workshop I attended, anyone who wanted to speak was invited on stage to share. I felt entirely at ease in going up and sharing. I expressed my thoughts about my path to where I am now and where I see our higher dimensional world headed. I don’t know if it made sense to anyone else but it made sense to me.

During the prior evening of the workshop, I shared a vision of the future that I had written in 2013. It was framed in the form of a Nobel Peace Prize acceptance speech, projected some years into the future. The speech was meant to paint a picture of the changes in the world that I envisioned that were both needed and possible.

I’d like to express here a major part of what has been on my mind in sharing the speech and in speaking briefly on stage.

If you’ve read or heard anything from me, you know that I see the world as much more than, and very different from, the mainstream so-called 3D version we have all been conditioned to believe. I see myself and many others as what has been referred to as “Starseeds” or what Chief Blue Hawk, an aboriginal chief channeled during the workshop, called the “Star Fire People”. He said we fell so far from the sky, deep into the ground, that we woke the elders. He said it is time for us to use that fire in our bellies to waken the world. 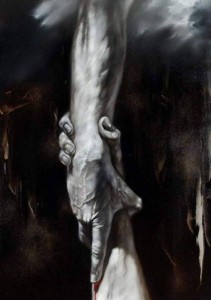 That’s what we came to do. It’s the mission I am on, transcending conventional paradigms, practices, and beliefs to remind us of our power, wisdom, insight, knowing, and undeniable unity with all that is. I no longer seek others’ permission to be who I am. It is time to fully step into what I came to do and who I came to be.

For decades, even before I knew what I now know of our potential as beings and as a world, I believed that we would not awaken as a world without a return to the guidance and natural wisdom of both the indigenous elders and the divine feminine. I knew we needed to release ourselves from the shackles that patriarchal dominance has held on the psyches of both men and women.

It took me a while to find my Peeps who could remind me of what I came to do, but through the stepping stones of the treasure hunt of forgetfulness that we find ourselves in here now, I did finally find my tribe. I recognized I had come home.

But all of us, whether male or female, have both feminine and masculine aspects, energetically and emotionally. So the rise of the divine feminine across our cultures and our world also influences the men of the human species. The rise of the divine feminine has given men—perhaps those who are more awake—permission to experience, explore, and express greater sensitivity, feeling, emotion, and intuition.

But the women have led the way. And by virtue of that, they have given permission to the men to embrace their own divine masculine side. And an integral part of that is to embrace their divine feminine side, open themselves to the guidance of their intuition, and also move into deep remembrance of themselves as the greater beingness of higher-self.

But what exactly does that mean? What does it mean to expand as men into our divine masculine side? There need not be a merging or dissolution of the differences between the sexes. Relationships and partnerships can become lifeless and uninteresting when masculinity or femininity are suppressed in the name of equality of the sexes. Relationships and partnerships still thrive on the duality and polarity of masculine and feminine roles, regardless of the sexual definition of the relationship. So it’s my belief that until we return entirely to unity, our dualistic nature can expand and upgrade to include more evolved or divine qualities of masculine and feminine. 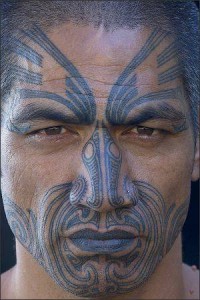 Again, what does it mean for a man to express and embody his own divine masculine beingness? In a general sense, a man embracing his divine masculine will require of him that he be in inner alignment. This means that he has done his inner work, his shadow work. It means he has released the wounds of the inner child, brought his ego into alignment with his higher mission, and fully embraced his higher self.

It means he acts from that place of inner alignment, in full acceptance of however his actions might be in perfect imperfection. It means he is in flow, in touch with his divine feminine side just as deeply as his divine masculine side. And yet if he identifies as a man, he can remain firmly rooted in that identity without apology and in full confidence.

Since time immemorial, virtually all of the indigenous cultures in the world have embraced and invoked traditional rites of passage to assist young men in moving into adulthood. Such rites of passage served very real and profound purposes, of individual and tribe, by bringing the individual into integrity within himself and into full integration within the tribe. Those traditions and rites provided opportunities for deep inner work and self-knowledge, informing the individual of his true nature as a spiritual being.

In our western cultures particularly, we have abandoned those traditional rites of passage.

My goal is to bring them back, but the up-level version of them—the Starseed version—the “Star Fire” version. I’m aware of a number of retreats for women that have been profoundly transformational for the women attendees in helping them awaken and return to their own divine feminine power and essence. It’s time to provide the same transformative, awakening opportunity for men.

The women have invited us. They are waiting for us to catch up with them. They will thank, appreciate, and embrace us fully in embarking on the awakening of our divine masculine.

If you’re a man on his awakening path, please join me in co-creating our next inspired masculine awakening retreat. If you’re an awakened or awakening woman, I invite you to offer your input and support.