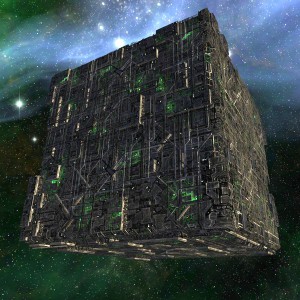 Are you trapped in the Borg collective?
(For non-Star Trek watchers, this is a Star Trek reference: Borg as in cyborg.)

Do you feel stuck in the Matrix and want to break free?

Even if you’re not a fan of Star Trek or the Matrix movies from several years back, these questions are metaphors for life.

For me, I was in a cult for 18 years. I joined the cult initially because I believed it provided a path to ascension. But like the analogy of the frog in the pot of water on the stove, unaware of the rising temperature until it’s too late, the cult changed diametrically over time. As with the Star Trek Borg society, we were “assimilated” into a hive mentality, short of becoming cyborgs, but to the degree that uniqueness and creativity were virtually extinguished in us. Our goal was to be “cogs in the wheel.”

Although I would call some cults truly diabolical, this cult was not. But it was nonetheless deadly to its remaining 39 members when it ended abruptly in 1997. The group eventually became known as the Heaven’s Gate cult. It gained notoriety for being the largest group suicide on US soil.

I left the cult three and a half years before that tragic event.

As members of the Heaven’s Gate cult, we submitted all personal power to an authority outside of ourselves, suppressing our connection to our own intuition, personal sovereignty, and inner guidance system—our link to higher self. Instead, we transferred our allegiance and gave away our personal power to the two people who started the cult.

They said they could show us the way to ascend to the “Next Evolutionary Level Above Human.” They were persuasive and clearly believed their own story, with our own personal experiences corroborating much of what they taught. With the lofty goal of ascension, these two individuals took on the role of our teachers, ultimately directing our lives in every regard.

For those who remained till the end, the relinquishment of personal sovereignty was extreme, to the point that all of them voluntarily took their own lives, led to that drastic act by the remaining cult leader.

But feeling trapped doesn’t have to be something as extreme as being in a cult. Being caught up in any oppressive circumstance, abusive relationship, or repressive thought system, in which we relinquish the authentic expression of who we are, is much the same as being in a cult.

Our belief systems governing our daily lives live beneath our conscious awareness, buried in the depths of our subconscious and unconscious minds. Those thought systems developed largely in the first seven years of life when we were energetic sponges to our parents and early environment, although not necessarily during those early years alone.

The imprints or patterns that formed our belief systems were adopted through trauma or simple observation. Especially when young, we can simply observe trauma for it to have an impact on us emotionally. Our personalities are shaped by that process.

Even though we may not now be consciously aware of all of those imprints in our lives, they nonetheless influence and filter our everyday decisions, feelings, thoughts, motivations, and actions. 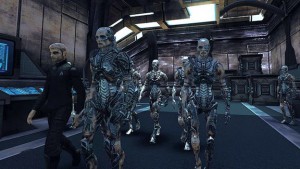 Our journey into deeper self-awareness at its core is the ongoing recognition, exposure, and release of those emotional imprints of trauma stored (and continually running) in our subconscious and unconscious minds.

My cult experience started as a journey of exploration into the nature of self and the nature of the Universe. It led to a journey into dark night, which later took years from which to release myself.

My greater journey into self began when I left the cult, starting with my releasing the conditioning of the cult. That led me into more deeply exploring my earlier childhood, educational, and societal conditioning in which we are all immersed.

I wanted to be happy. I wanted to understand why I would continually sabotage my own happiness.

My quest for insight and understanding of myself led me in many directions: traditional counseling, personal development of all stripes, energy healers, indigenous shamans, alcohol and recreational drugs, and others.

The results of these explorations were temporary, superficial, or detrimental. And I instinctively felt I wasn’t reaching the core issues even though I didn’t know what those core issues were.

I eventually “happened” upon a personal coach who understood that self-sabotage was based in the core patterns founded in early life trauma.

Through her support, in a lightbulb moment of stark honesty, I undeniably knew that the common denominator to all my challenges was me. I had to face the fact that I could no longer justify seeking outside myself, whether for remedy or blame. I clearly knew that victimhood was no longer an option and in fact a scourge. Incremental though it has been, my inner work began in earnest.

I’ve had many coaches but three stand out. Each one has supported me in going deeper into the depths of my own inner makeup. They understood that my answers were within me and it was their goal to help me find my own light, path, and purpose.

They were successful as coaches because they understood how to reflect myself back to me and ask questions that I would not ask on my own, sparking my own light in the process. All three were gifted guides on my journey of self and offered me tools leading me to greater trust in my innate inner knowing.

Through their gentle, repeated reminders, they guided me to release self-judgment and to break the habit of being my own worst enemy.

And all of my coaches have inspired me, each more profoundly, to share the amazing work of coaching with others.

Which is what I have been doing.

If you know me at all, you likely know that my current coach and coaching mentor is Jessica Alstrom. In addition to assisting her in her business, I am certified as a life/light coach in Jessica’s year-long coaching academy, Transcendence International Consciousness Academy, or TICA.

I am also enrolled in her year-long Advanced Teacher Training Program, a by-invitation deep dive into shining our healing light within as preparation for our own unique creative expression of light-work in assisting our world to awaken.

This is how I recently described Jessica’s ethos, which I completely resonate with:

Jessica is helping us to learn to use our own innate internal tools of intuition, self-awareness, and being fully present to our own inner process. Her teaching is profound yet simple. She shows how our experiential world is underpinned by the frequency of energy we are vibrating—both consciously and unconsciously.

Jessica doesn’t teach in thought systems, which is how cults are formed and control over others is imposed. Her teaching focuses on self-training at finding our own unique path and contribution. She will always guide us back to frequency and vibration.

Through her own scientific focus, using her own life as her personal laboratory, she has developed and shared many introspective tools to assist us. It always comes back to how our outer reality is continually reflecting our inner reality (both conscious and unconscious) back to us. That and our intuition are our best guides.

To me, this is the epitome of the best coach—one who guides his or her clients back to their own inner guidance system—rather than directing them on how to think. I share the same focus in my own coaching practice. To me, it embraces freedom, personal sovereignty, and deep self-insight.

If you resonate with what I’ve expressed here and would like to explore coaching with me, please schedule your first complimentary coaching session with me here.

I look forward to hearing from you and supporting you in your journey back to you!