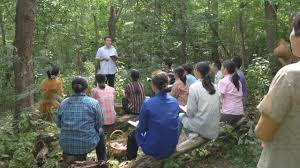 They said they were the two witnesses spoken of in the book of Revelation in the Bible. They said they had come with a continuation of the message Jesus brought 2,000 years ago. Not only that, but they said that “some” of the extraterrestrial spacecraft, seen by humans as UFOs, were the mode of transportation of this next level.

The two leaders called themselves “Bo and Peep”. They seemed entirely serious, appeared to me to be sane, grounded, and authentic, and were well-spoken. I found their message compelling, backed up by extensive knowledge of the Bible and of esoteric subjects. The buzz in my body after hearing them speak had me higher than a kite (no added foreign substances involved). The two people who came to the meeting with me felt the same way. All three of us joined – my girlfriend, my cousin, and I. My cousin’s girlfriend joined a few days later. 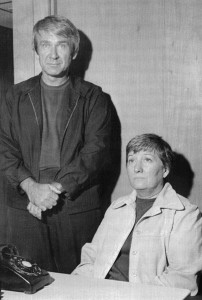 Over its lifetime, the cult evolved and changed. Initially, there were few guidelines and we roamed the American landscape like gypsies. After a year we moved into a more formal “classroom” arrangement. With each passing year, Bo and Peep added more structure until, in the latter years, we had a procedure or protocol for virtually every activity or circumstance, including how we thought. The constant was that Bo and Peep were the leaders; they were the benevolent dictators, with the proviso that if you didn’t want to follow the procedures, you were free to leave. There was always the illusion of that choice, but for me, the stronger, more subtle binding was the fear that if I left, I would be turning my back on my passport to ascension, on the evolution of my soul, on God.

During the first year, there were many of us – many HIM (human individual metamorphosis) groups roaming the country nomadically. The strength of our belief in the message shared by Bo and Peep was tested, and most who had joined returned home. At the end of that year, Bo and Peep called those of us who remained to a campground near Laramie, Wyoming. This was the formal start of our preparatory training for ascension – our “classroom”.

So, why would I join? In that first year, there was the excitement of the unknown – a new town every week – and a feeling of specialness because we were privy to esoteric information. The excitement and specialness were magnified within the dynamic of our “gypsy” group. I was excited to be traveling across the country, meeting new people with different life stories to share, without much concern for where our next meal would come from. We always seemed to have enough to eat and a place to stay, even if it was under the stars in a sleeping bag. It was the romantic excitement of the gypsy life.

And we were recruiting. In our zealous belief in the esoteric message of Bo and Peep, we felt special. We felt we had information very few had. There was a feeling of power in our belief in this knowledge and in “our mission” to share it far and wide.

Was I duped? No, I was blinded by specialness. Did Bo and Peep believe their own message? Without a doubt, yes. They walked their talk. They were authentic in what they shared and how they lived it. They were compelling examples. The information they shared was new and profound. They were visionaries like a wildly successful entrepreneur or thought leader today would be seen as visionary. It was common for me to think, “Brilliant! Where did they get this knowledge! It makes so much sense! I’m so glad I’m here”. The feeling of specialness, of being a member of an elite group, was blinding and made it difficult to dispute their message, or even consider doing so. 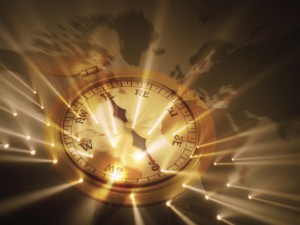 Were they off-track? Were they somehow misinformed? Were they themselves misled, or out of touch with reality? Yes, today that is what I believe. I placed my faith in them because the information and knowledge they shared on a daily basis were born out in our individual and group practice. My mistake was in attributing to them a capability and stature above my own – of having an exclusive connection to higher realms and arcane information that only they could provide. My mistake was in believing they had the right to govern every structure of my daily life. By placing such faith in these two people – and they were just two people like you and me – I was completely discounting my own inner compass, my own capability to navigate my own life, and to arrive at my own answers that only I can know are best for me. 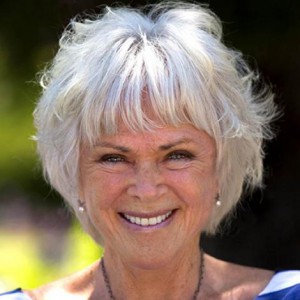 I haven’t told you the name of the cult. I’ve left some clues. There’s more to come in the next post.

I’ve since learned to pay attention to what “my business” is. Byron Katie, who I love and respect (as another human being), says “It is not your business to love me, it is mine.” Loving myself and doing what is right for me is my business. I love learning from others, connecting with them, and hearing of their experience of life, but it remains my choice and my volition to bring forth my own inspiration and my own true, deep wisdom on which I can act and choose my own path. That is my message to you about yourself.